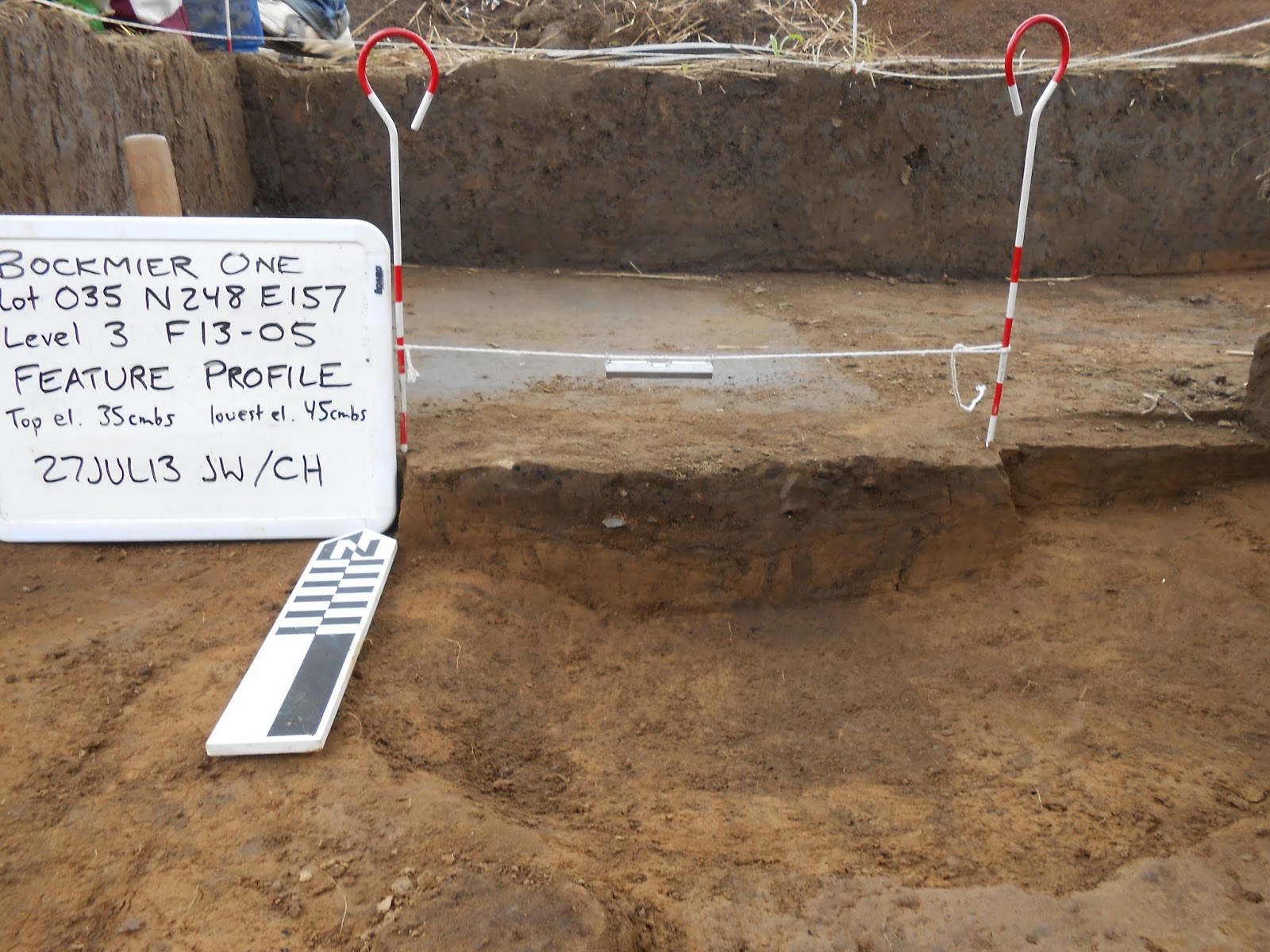 Feature 13-05 showed some promise, and then turned out to be filled with pottery, chert fragments and large chunks of charcoal. Cynthia and Jim had their hands full recording all of the data afforded by this shallow pit feature. The plow probably removed much of the upper portion, but enough remains for a nice dataset. 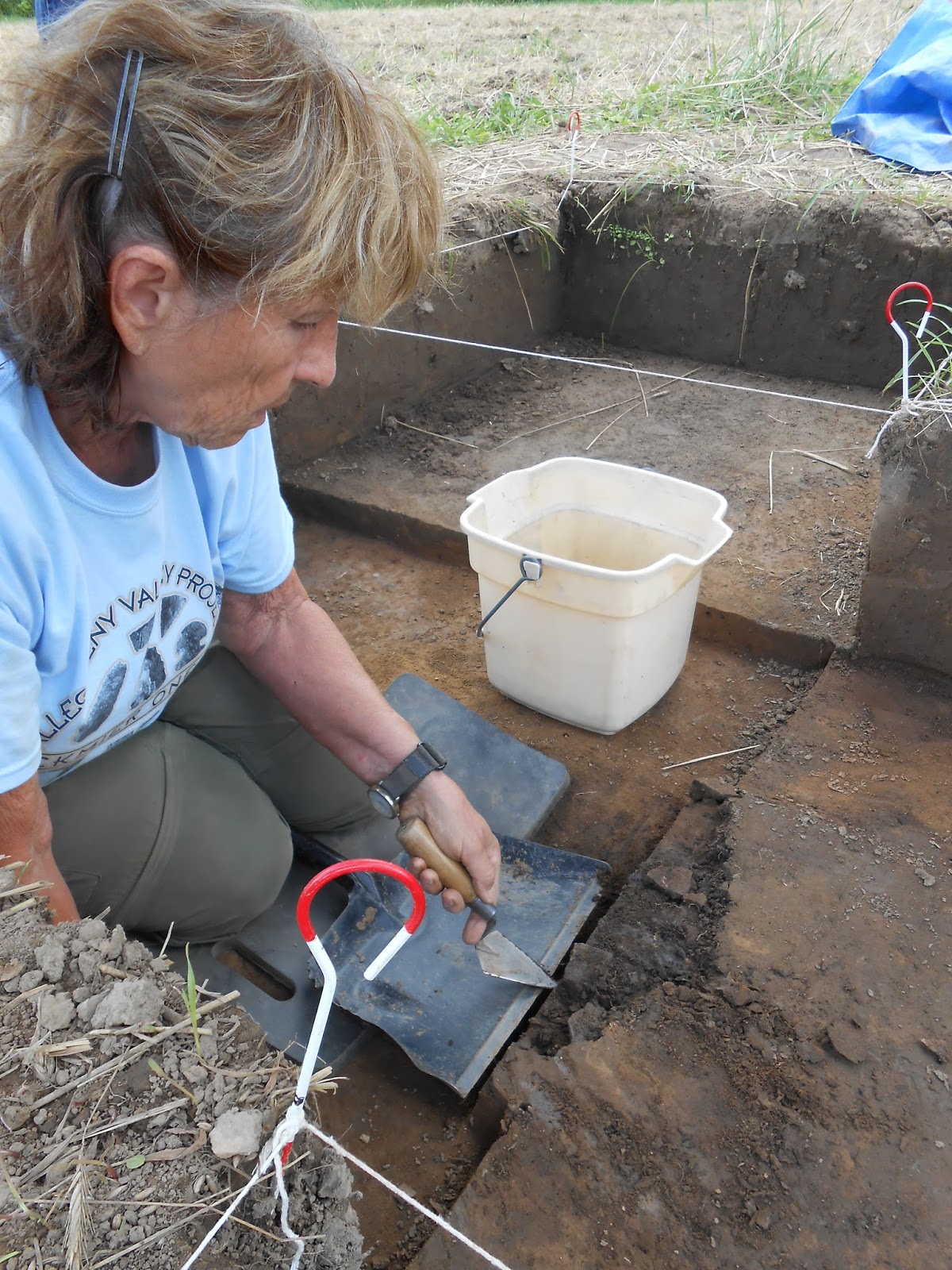 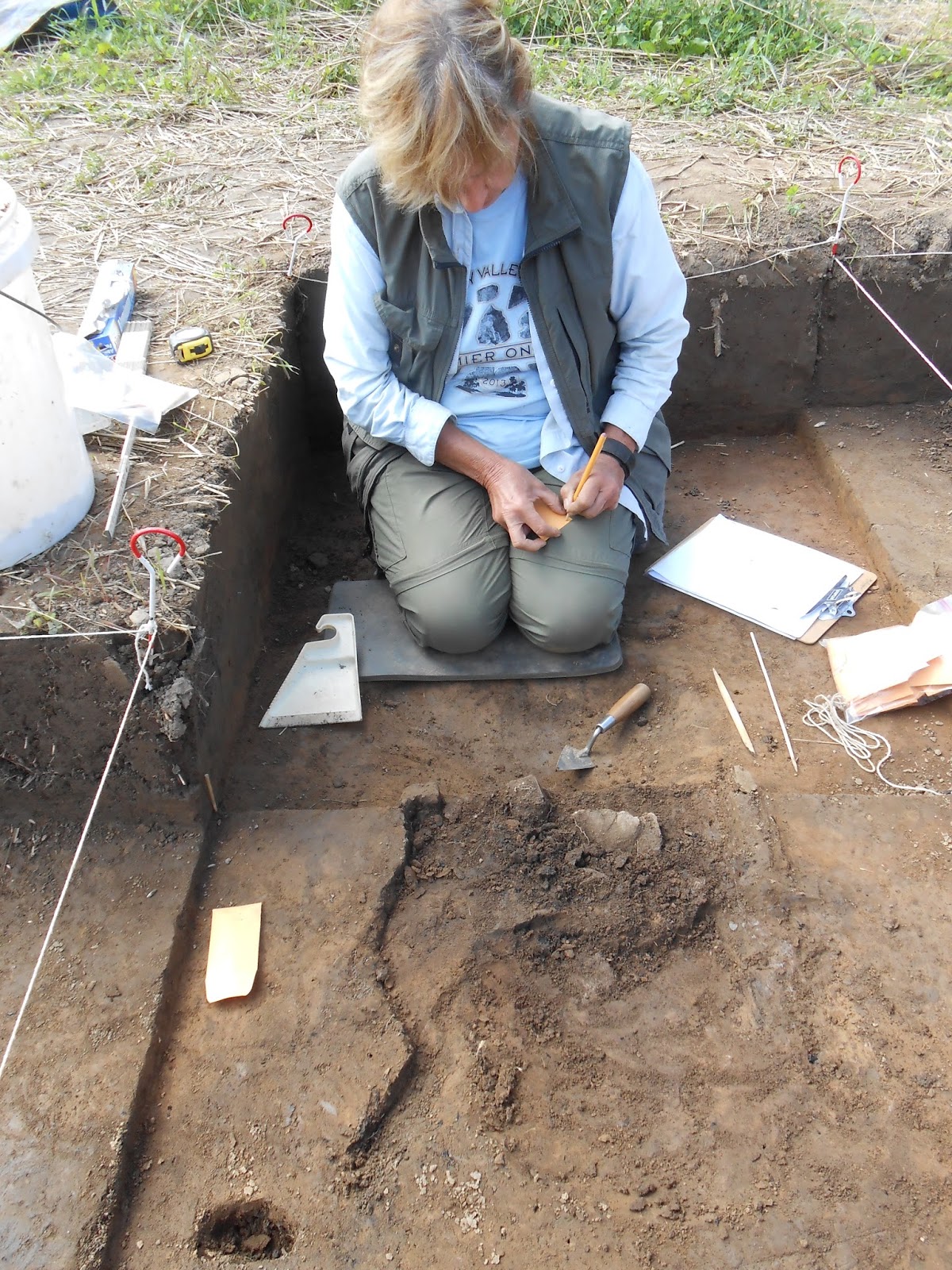 Recording an artifact from Feature 13-05. 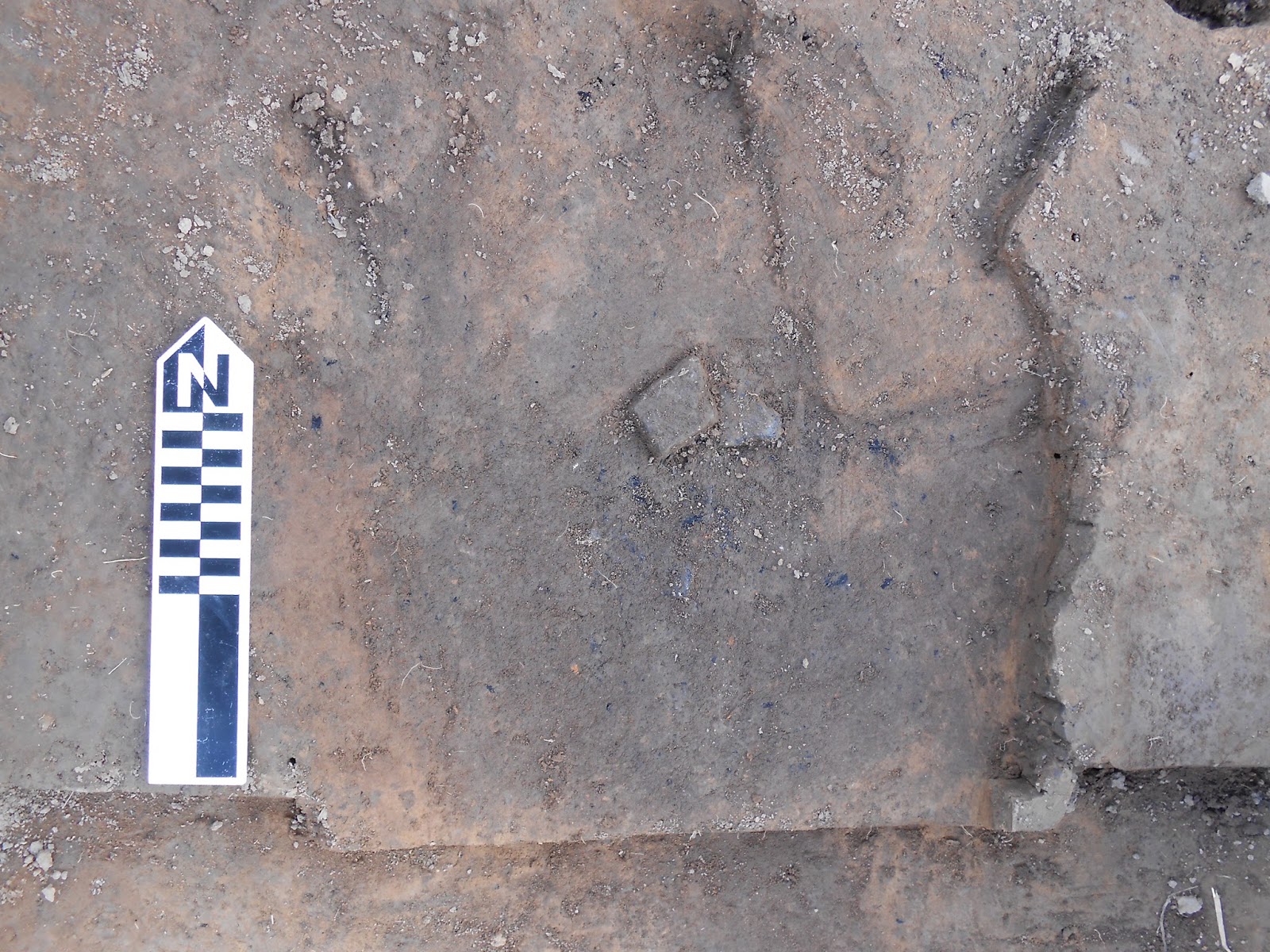 At the base of level 2 in F 13-05, a large potsherd still pokes out of the next level. Note rodent burrows eminating to the north.
Posted by Steven Paul Howard at 10:10 AM