Bockmier 1 is a multicomponent site located in Allegany, NY, along the Allegheny River. The site description can be found in Northeastern Middle Woodland, from the Perspective of the Upper Allegheny Valley by Steven P. Howard (2010).
Bockmier Point is adjacent to Bockmier 1, and probably represents an extension of Bockmier 1's Late Woodland component. Bockmier Point is detailed in Bockmier Point: The Kinzua Phase Revisited by Steven P Howard, Paul J. Pacheco and Lynette Willsey-Schmidt in the journal Northeast Anthropology, issue 75-76 (2008). 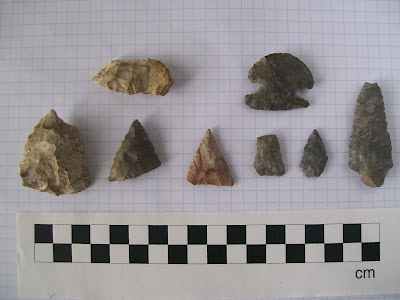 Bifaces from Bockmier 1 site. The dominant component at this site is Late Woodland (around 800 years ago), represented by the triangle point at center, bottom row, and the two triangle point fragments to the right. 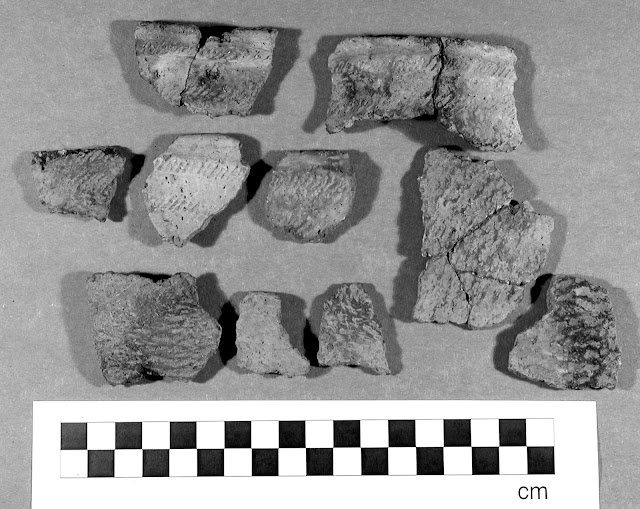 Fragments from a single vessel recovered at Bockmier Point. This single component Kinzua Phase site dates to around 750-800 years ago. 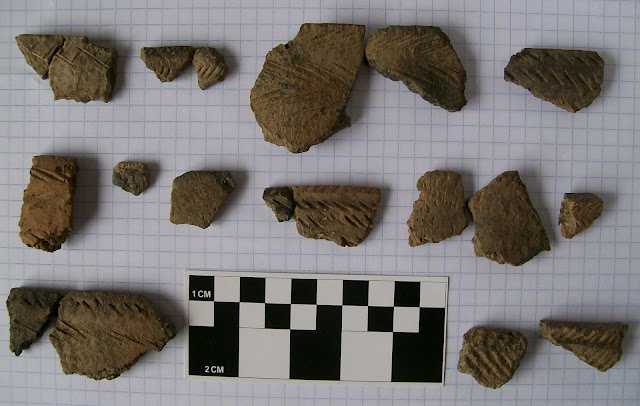 
The Bockmier 1 site has been the focus of excavations since the 2013 field season for the AVP. We are investigating subsurface features and collecting subsistence and settlement data. Thus far, one large pit, several hearths and many postmolds have been discovered. The hearths and postmolds are remnants of a longhouse.