Area C has become a "hot spot" of activity, since two large features have appeared within the last few days. Features 13-05 and 13-06 appeared as large negative spikes on the gradiometer maps, and both have been hit by the plow a few times, pulling up large chunks of pottery. Our hope is that the majority of these features were left intact, and will yield subsistence information, like charred food remains and seeds. We are currently expanding units around the features, to get a plan view before cutting into them for profiles. Exciting work, so come on down to volunteer or just see what we're up to! 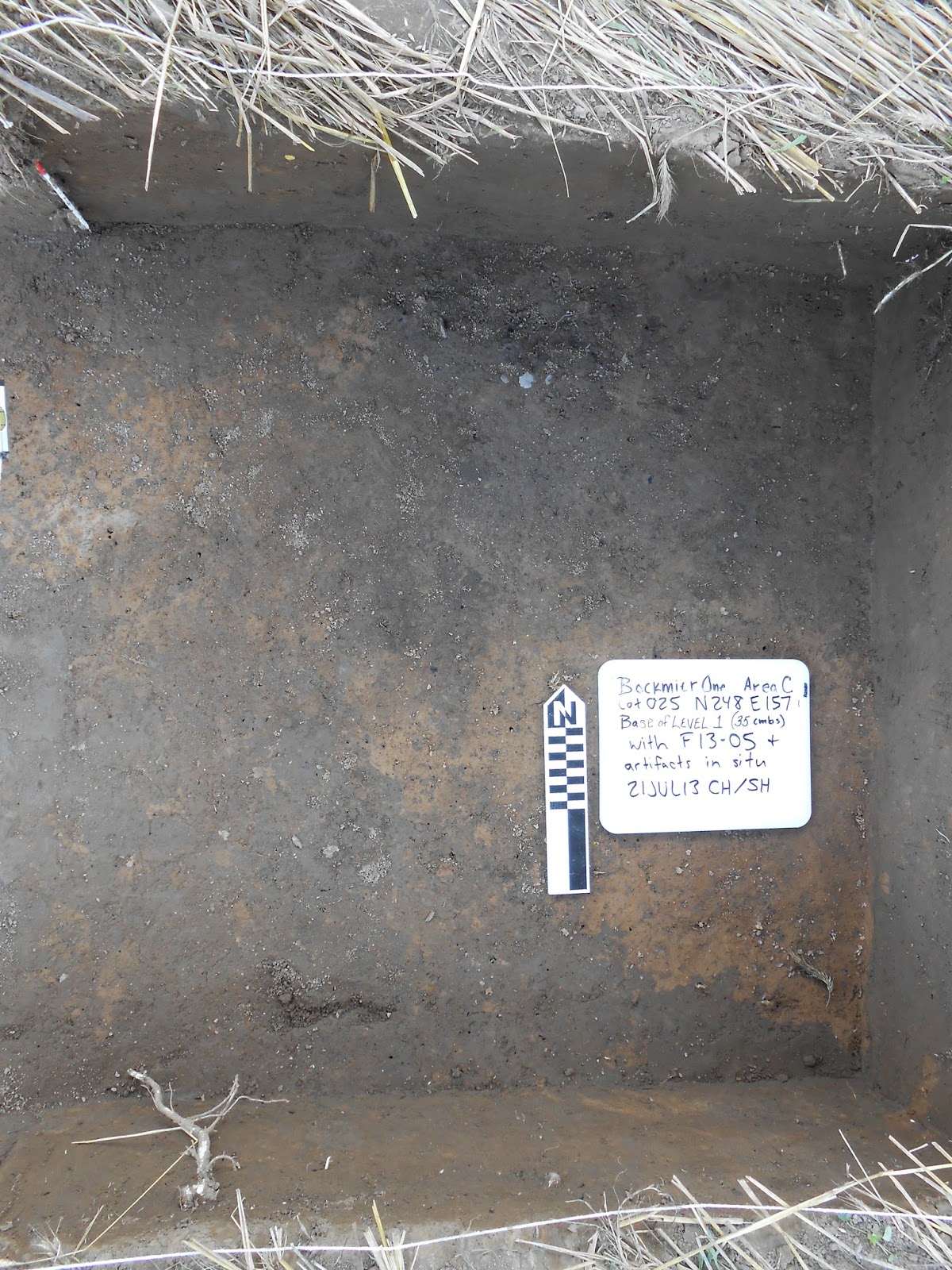 Feature 13-05 emerges in the north half of the unit. Flakes and pottery can be seen in situ along the north wall, above the North Arrow. The dark soil to the south is a deep plow furrow running from NW to SE. ﻿
Posted by Steven Paul Howard at 9:55 PM